This Is the News 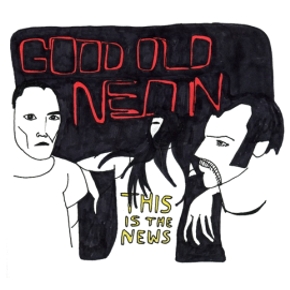 This Is the News

Good Old Neon is Michael Philip Smith and Jeff Lee both formerly of Up Up Down Down. Jim Lee provides additional guitar. They are joined on some tracks by former bandmate Jen Gwiazdowski, who is especially soulful on "The Age of Mechanical Reproduction."

Apart from a Radiohead cover, all the songs on the album were composed by Michael and Jeff. Their songwriting process is created to drive them to try new things and to offer them some direction. Here verbatim are some of their composition rules for this album.

Here are most of the tracks from the THIS IS THE NEWS album by Good Old Neon. In keeping with the Free Music Archive policy, covers and tracks with samples have been removed. The album is available in its entirety from the band's official website.

Cover art is by Dave Merson-Hess whose music is also presented here at the WFMU Free Music Archive.

Reviewer: OddioOverplay - - June 22, 2016
Subject: Wrong License
Another mirrored FMA upload with the LICENSE WRONG. From the FMA: "This Is the News by Good Old Neon is licensed under a Attribution-NonCommercial License."